When we set up our NIRS lab back in 2008, we needed a device to prevent participants’ head movement during the experiment and during the digitizer measurement. Even though NIRS is tolerant to head motion, we still want to minimize it. During the digitizer measurement phase, the probe will poke the participants’ heads, resulting inaccurate probe position. We definitely need something to minimize it.

In addition, we feared that metal might interfere the magnetic positioning system (digitizer), so we wanted the device to be all-plastic.

We contacted Ben Krasnow , who has been very helpful in creating MRI compatible devices (e.g. keyboard) for Lucas Center @ Stanford in the past. He suggested us use University of Houston’s “headspot”. 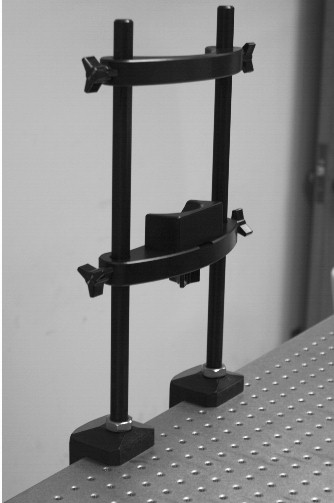 Ben then replaced the metal part with plastics.

In a recent fNIRS journal club (vedio recorded here), Dr. Tong talked about their work on the phase difference between oxy and deoxy Hb,...