You can’t believe how much jargon there is in binary classification. Just remember the following diagram (from wiki). 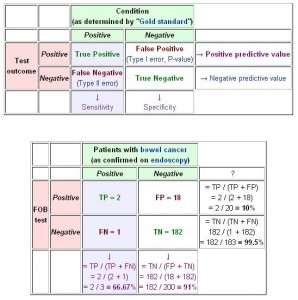 AUC is the area under the ROC curve 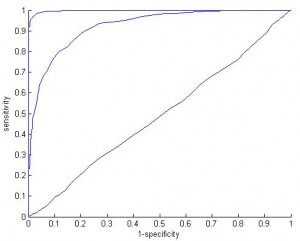 This is hard to understand.

A single classifier won’t produce a curve; it only produces a single point (i.e. a single value of sensitivity and specificity). For example, we have 100 people and we want to know their gender based their heights and weights.  If our classifier is “male if height larger than 1.7m”, then this classifier only produces a point.

So AUC is a property of a class of classifier, not a single classifier. But what does it exactly mean? …